In years past, before this disorder was widely known, children with learning problems were not thought to be smart or to not be applying themselves properly. Research now has found that a large majority of children with ADD/ADHD have high IQ’s (Intelligence Quotient). However in children with ADD/ADHD work production is not up to their expectation or capability. This problem may not be noticed in the lower grades (1st – 4th) but will become more prominent and noticeable from about 5th grade on. These grades are used only as a guide; the timing will obviously vary from child to child. It is likely ADD/ADHD children who go “untreated” will fail one or more subjects in school and may have to repeat a grade. This can cause a loss of self-esteem and bring about other problems. The relatively minor problems in your children can grow to be major problems in the areas of behavior, self-confidence, drug abuse and legal problems later. (Read about ADD/ADHD Symptoms and Seriousness)

There is still some debate among researchers about how IQ scores relate to parental social status, inheritability, and other factors. In some cases, it would benefit to have the child tested for IQ.

Parents want the best for their children and often will overcompensate for a presumed weakness before coming to the realization that there may be an ADD/ADHD related problem. This can occur especially in cases where the parents were affected by the disorder. The rationalization is one that says, “I had problems in school and I’ll make sure my children don’t have the same problems.” This type of thinking will often delay the necessary diagnosis, testing, and medication.

When asking yourself these questions, be sure to check back with your parents as well. This disorder may have skipped “you” but may have affected your parents, long before ADD/ADHD was a well-accepted disorder. Even today, as accepted and prevalent as this childhood disorder has become, there will be at least one “concerned” group that will dispute the diagnosis, prevalence, and medication necessary to treat this disorder.
If you are unsure whether you had ADD/ADHD as a child you can take the test too! (Click Here for Test)

THE SCIENCE: The wonderful brain!

The human brain is incredibly complex. In the study of the brain, scientists focus on numerous disciplines such as cognitive science, neuroscience, and behavioral science, etc. By far the majority of breakthroughs in brain science have come in the last 15 years. One such breakthrough is the fact that brain cells are constantly created and connecting to each other.
In studying the brain’s relationship to ADD/ADHD, the cause appears to reside primarily in the parietal lobe for ADD. In this case, the frontal lobe processes are intact. Research for ADHD shows that the regions of the brain with the most significant decrease in brain activity was the superior prefrontal cortex and premotor cortex (See picture). These areas of the brain, among other things, sort out impulse control. 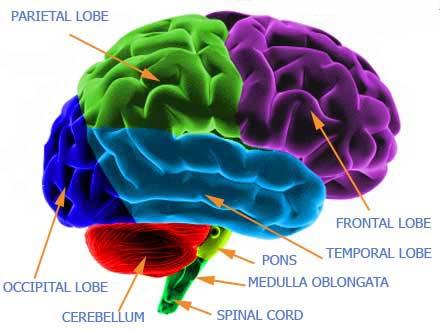 Furthering the genetic link, ADHD has been narrowed down to 10 genes that are highly suspect in bringing on the symptoms of ADHD. Of the genes detected, many of these genes are focused around dopamine receptors (receptors that have key roles in many processes, including the control of motivation, learning, fine motor movement, etc.) as well as dopamine transporting molecules (membrane spanning protein that binds the chemical used to relay and amplify signals between the nerve cells and another cell). Unfortunately there is no one gene that can be singled out as an ADHD receptor, but these certain 10 genes show vulnerability to ADHD. A problem occurs when some of these genes increase dopamine receptors in parts of the brain, which may have the effect of using up dopamine. This correlation is key to understanding ADHD. Additionally, low serotonin is linked to impulsivity and problematic behavior.

In order for the brain to produce norepinephrine (a chemical compound with dual roles as a hormone and a neurotransmitter that affects the part of the brain where attention and responding are controlled), dopamine is necessary. In theory, if these certain genes change this production, then symptoms of ADHD could occur resulting from low levels of norepinephrine. On the other hand, giving drugs, which provide extra levels of norepinephrine, may alleviate symptoms of ADHD.

Drugs such as Ritalin, Adderall and other amphetamines make the brain produce more norepinephrine. Other drugs like Strattera are selective norepinephrine re-up take inhibitors. Currently over 4 million Americans are currently on Ritalin, Adderall, or similar stimulant drugs. Research shows that over 70% of those studied benefit from these classes of drugs. With any type of drug the treatment and benefits should be weighed carefully.